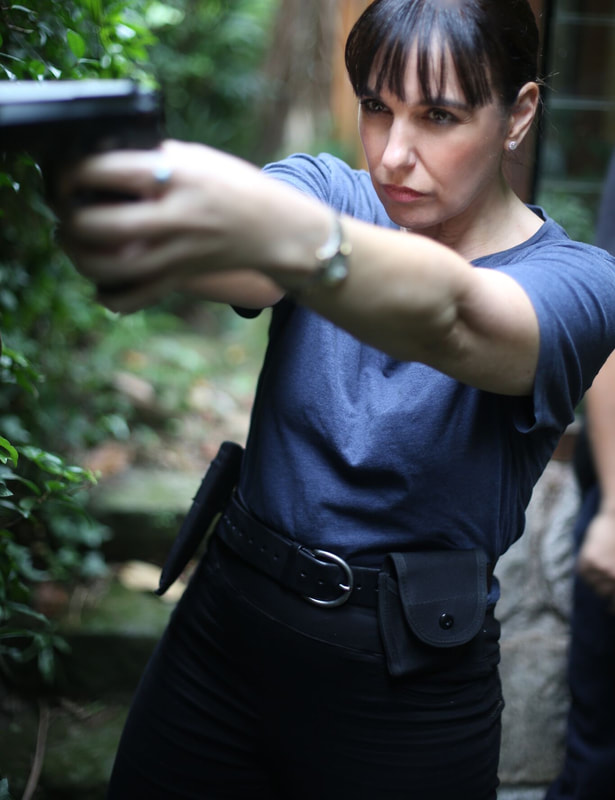 ​Amanda Mitchell received a full scholarship to attend the Victorian College of the Arts and went on to appear in numerous popular Television Shows, Pilots, Feature Films and Theatre as a dramatic and comedic actress. She has worked in many series such as Nameless and Fearless Games, including Detective roles in Atomic Kingdom, Starship One and in Season's One, Two and Three in Ice Cold Blood as Lead Detective Alison. With her vast life experience, Amanda is known for her many strong roles. She has weapons and gun training, as well as combat and martial arts. In her early years she trained as a Classical ballet dancer to Australian Ballet Standard.
​
Versatility and consistency are Amanda's trademark's. Drama, Crime, Sci-Fi and Comedy suit her well. She frequently plays Detectives, Cops, Attorneys, Moms, Psychologists, Teachers, Corporate, and Doctor's.
​
Diversity
Amanda is often cast for Diversity as she has an Ethnically Ambiguous look. Her look emcompasses cross appeal of European countries as they often read their own nationality into her appearance.
﻿Training:﻿​
Coaching Experience: 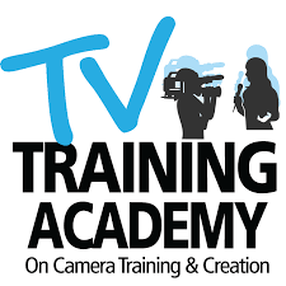 Silia Cluff – Willow - Director
Recommended for: Lead Actress - NSW
‘Amanda is a talented actress with a great work ethic, I would
definitely recommend her’

Elizabeth Cooper – Awake For A Moment - Director
Recommended for: Actors wanted for Feature Film - NSW
‘Amanda was great to work with on set. She was
professional and took to the challenge of the role well. I
would definitely recommend her.’

Nikos Andronicos – Series ‘Greg’ – Comedy - Director
Comedy Web Series - NSW
‘Amanda was great to work with, had a great sense of humour
and was 100% reliable and cooperative. Would love to work with her again'

Peter Bohush – Broken Spirits – Los Angeles - Director
‘Thanks for coming to our set yesterday and being in the
movie Broken Spirits. Loved your performance. Hope
you'll be back when we do our "sweat lodge" scene.
Thanks again! Pete Bohush (director)’

Sage Benishay – About A Husband – Prod/Dir
‘I really enjoyed working with you. You're very talented
and easy to direct. Look forward to seeing you at the screening'.

Laura Hughes – The Tail Job - Producer
‘Amanda was an absolute delight to have on set! She was
punctual, professional and easy to direct. We would
welcome Amanda back on set again in a second!’

Rhiannon Noon – Ageing Gracefully – Hazel – Producer
‘Amanda was cast as one of our main actors on our Television
Pilot. She was a great energy to have on set and very
professional. She worked excellently with the other cast and crew
members. I would recommend her without hesitation.’

Oskana – Casting – Photographic Director
‘An absolute pleasure working with Amanda. She is as talented as
she is beautiful. Extremely easy to get along with and very
professional. Highly recommended for any project.’

Britney Jasmine – European Film - Producer
‘Amanda was a pleasure. Her communication was spot on and she
gave up her time to help others on set.
She was committed fully to the project and was highly prepared.
A pleasure as an actor and also as a human being.’

Jeff Hawkins – TVC - Director
‘Amanda worked with me on a recent TVC project. She worked
well with the cast and crew. Great communication and very
professional. Will work with her again!
​
I recently cast Amanda for the new PACK & SEND TVC. Amanda
was extremely friendly, reliable, punctual and professional to
work with. I hope we get to work together again in the future.’

Vivien Le – Love That Car – Comedy (Director)
Hi Amanda, It was great seeing you perform with Magareta on Tuesday.
Natasha and I went over the footage on Friday and we liked the scene very much.
We are fortunate to have an experienced actress like you in our film.
Thank you so much for being part of it. I'll keep you posted of the progress of editing.
Let me know if you have any questions.
Best Vivien

Michael Samer – Director – TV Series – Nameless
It's a particularly special episode for me, and it very much
stands out for the raw and intense performances from Gary
Boulter, Colin DeFries and Amanda Mitchell.

David Gabriel – Bio Physics – TVC
Amanda is a great talent and was an absolute joy to work with. She
is professional, enthusiastic and courteous. Highly recommend
her for any acting or TVC roles – you won’t be disappointed
with her performance. Thank you for your contribution to our
beauty TVC – Amanda!

Matt Murray – Telstra
Amanda was prompt, professional and delivered the results we were looking for.
She was a pleasure to have on our set.

Stephanie Waites - Drama Scene Founder
Paddington Scene is such a happy place for us all to come to with you working here.
Thank you for Term 3.

Ben Kumanovski – Producer/Director - Lowes
Amanda played a role in a training film I directed for Lowes.
As an actor she was professional in her approach, took direction well and was easy to
work with. I'd recommend Karen and would not hesitate in hiring her again should the opportunity arise.

Ben Kumanovski – Producer/Director - Lowes
Hi Amanda,
We're doing more of the same style of training videos for Lowes again.
Last time they were very happy with you in particular as they felt you worked well in the part
of Sally their Store Manager. Same hours, same location, same everything.

Anton Beebee –Australian Springs–Feature Film
Recommended for: Lead Actress - NSW
Thanks Amanda you were fantastic on set and gave a great performance.
Thank you for your commitment to the film it was really appreciated.
We will now be starting postproduction and will be finished in the new year.
All the best Anton. 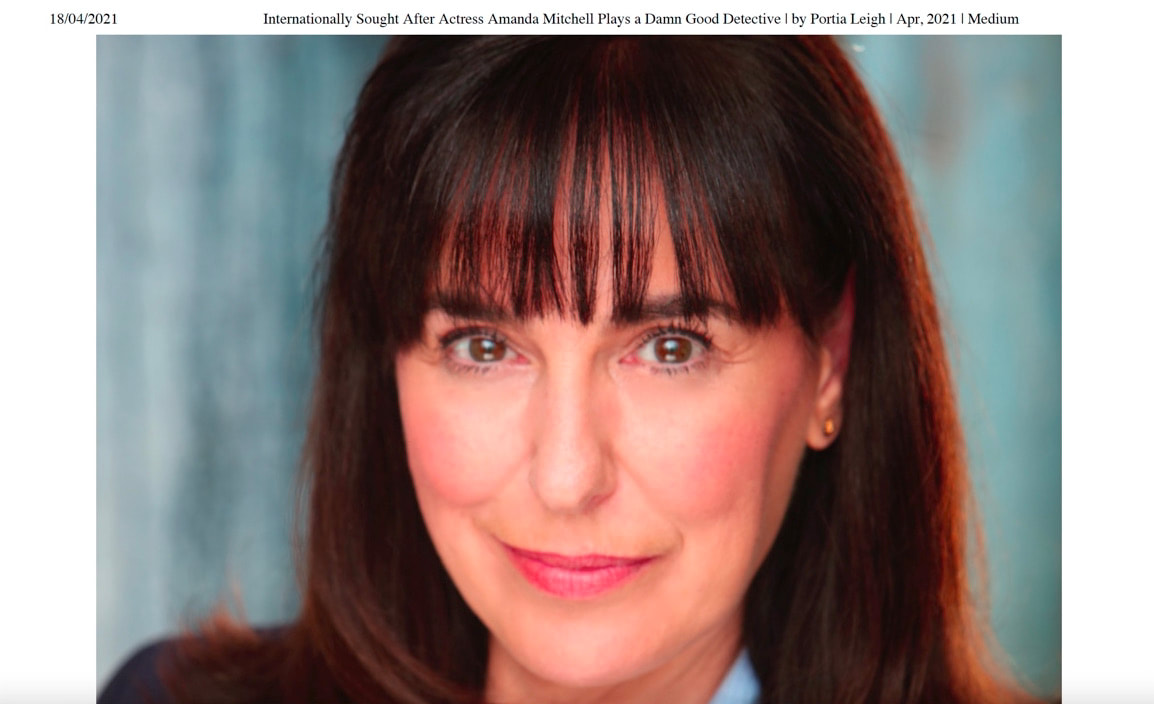 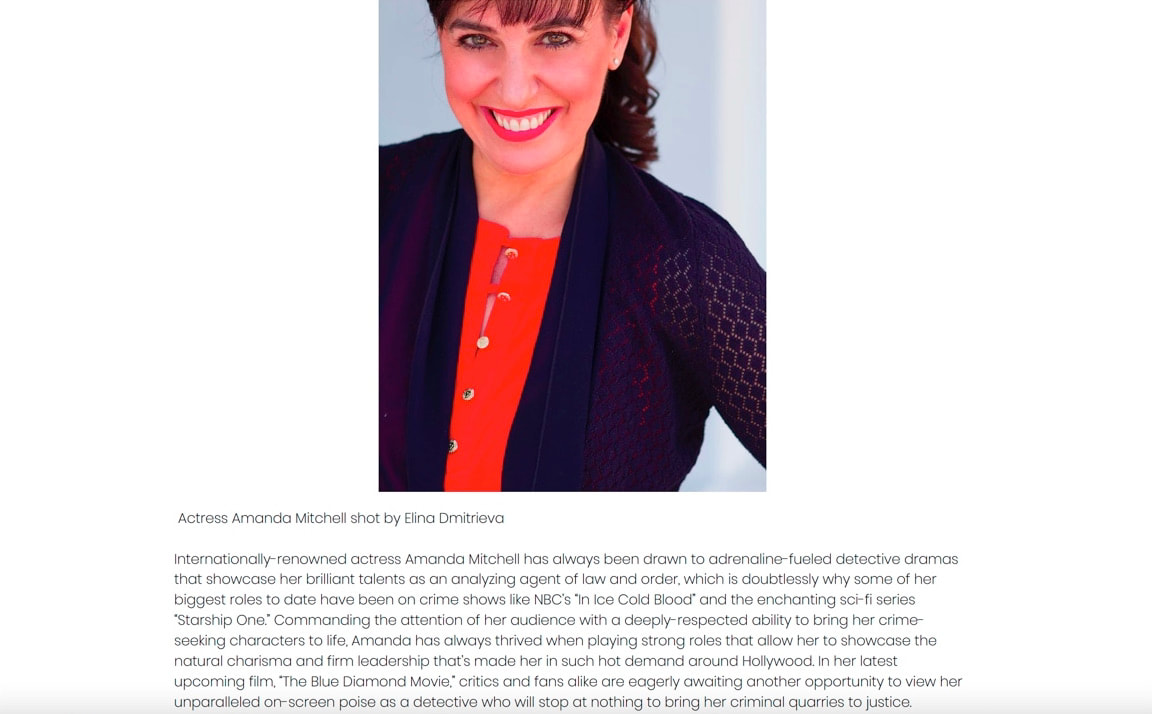 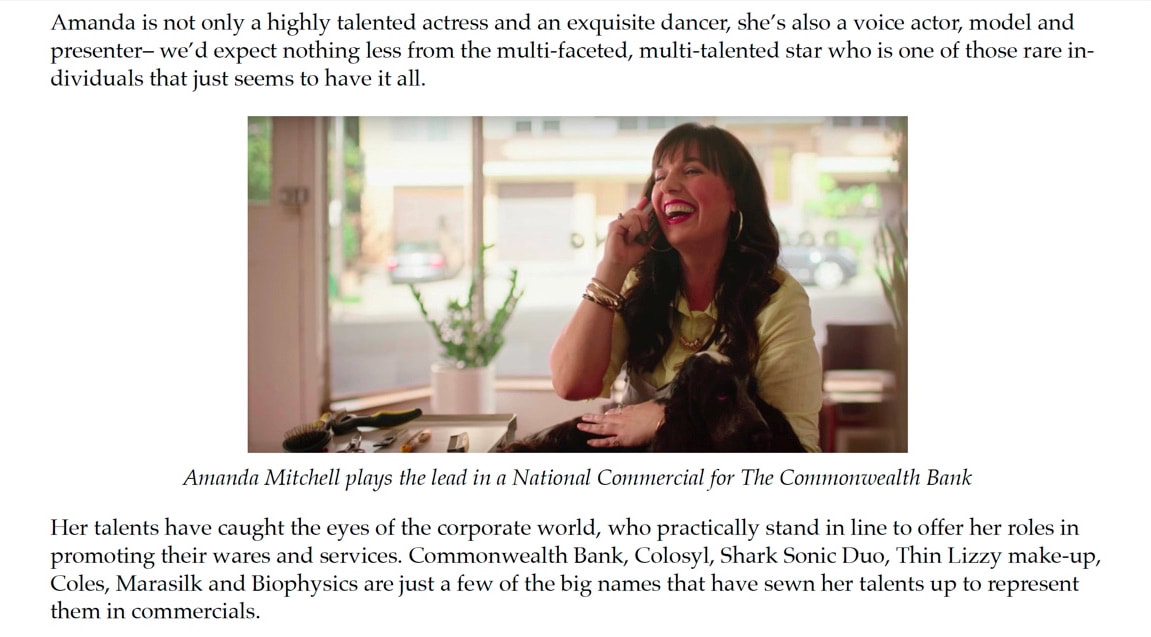 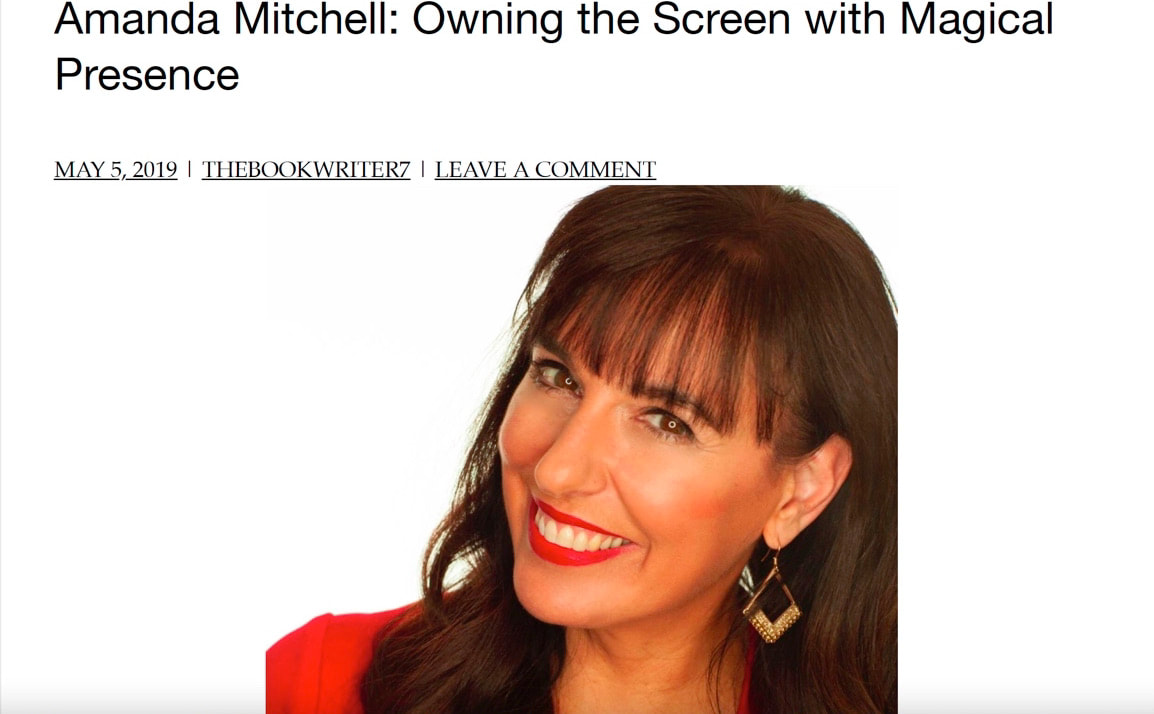